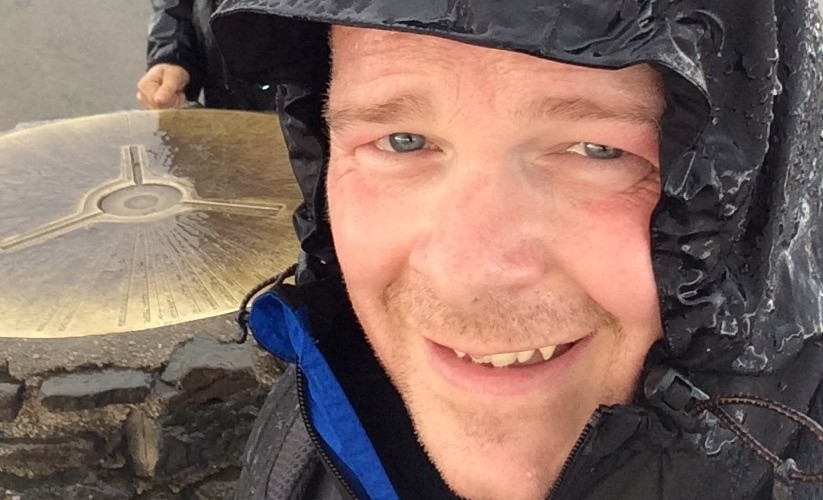 Having raised nearly £2000 in sponsorship for the Fire Fighter’s Charity, Weighing Scale Ltd’s intrepid directors, John and Janet, set off with a certain spring in their step when they finally took part in the much anticipated “3 peaks challenge”!

Keen and fighting fit for their 4am start on Saturday, 12th September (yes, Janet… 4 o’clock really does happen twice a day), they set off with 6 others on an adventure that proved to be challenging, exciting, scary and somewhat painful.

Arriving in Scotland at lunchtime, the first summit on the team’s conquer list was the infamous Ben Nevis. Starting the ascent in torrential rain pretty much summed up the challenge ahead and yet all the team descended within 6.5 hours… in one piece but drenched to the skin and freezing cold!

Next, on to Scafell in the Lake District. Motorway closures scuppered the team’s plans to complete the 3 peaks within 24 hours, but upon arrival at 3am in complete darkness, everyone flicked their head torches on and set off for the summit undeterred. Unfortunately, although all reached the top and descended within 4 hours, it was not without casualties. Our very own Janet had cruciate ligament damage to her knee and another team member was in agony with a lifting toenail! Both made the difficult, yet ultimately correct decision, to end their challenge therein and everyone else set off on their merry way to Snowdon.

Snowdon proved to be the easiest challenge for most of the team… certainly, the first spell of dry weather had something to do with that! John reached the summit and completed the descent within 4 hours, so a massive well done to him and to the other 5 people who completed mission “3 peaks challenge”!

WELL DONE TEAM AND A HUGE THANK YOU TO ALL OF OUR SPONSORS!

Thank you for uploading your file