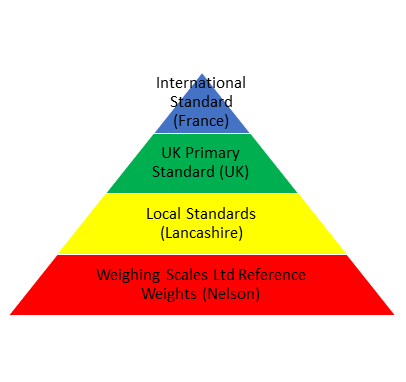 Did you know that all Weighing Scales Ltd’s test weights are calibrated and ultimately traceable to one physical object?

This object is a Kilogram K unit of mass, it is a cylinder of platinum – iridium alloy which is stored at the International Bureau of Weights and Measures in France. Ostensibly this Kilogram has the same mass (weight) as one litre of water at freezing point. In 1889, 40 copies of the Kilogram K were distributed to the National Standards laboratories throughout the world.

Thank you for uploading your file